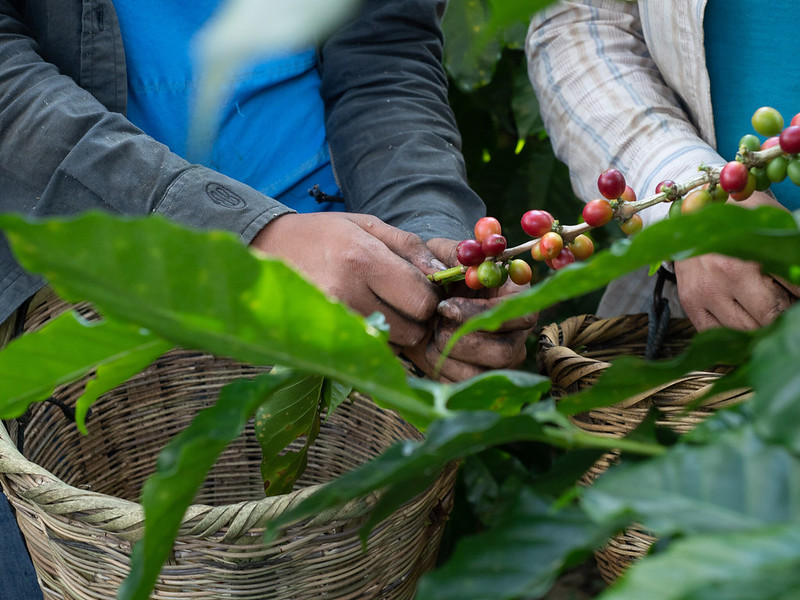 A key compotent of the Partnership’s work includes responding to country member requests for support as they implement their NDCs and develop enhanced NDCs for 2020. Roughly three quarters of all implementation requests either explicitly address adaptation or include it in cross-cutting measures.[1] Additionally, under the first round of the NDC Partnership’s new initiative to support greater ambition, the Climate Action Enhancement Package (CAEP), 46 out of 50 applications include adaptation requests.[2]

Adaptation Across Sector: From Sanitation to Disaster Risk Management

The nature of adaptation requests from countries are vast and range from water and sanitation improvements to disaster risk management. For example, Ethiopia requested financial support to develop water projects in drought prone areas of the country, and São Tomé and Príncipe requested support in resettling vulnerable communities through a voluntary process.

Adaptation requests have been received across most sectors but over a quarter of them are related to Agriculture, Forestry, and Other Land Use (AFOLU) and Banking and Finance. The NDC Partnership, though its members, has addressed many of these requests for support. The graphs below break down requests by focus area and adaptation requests that have support committed according to their corresponding sector. 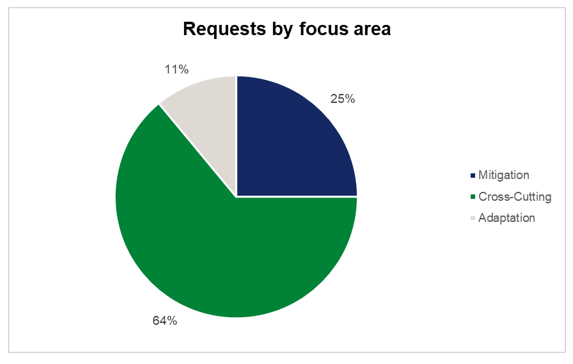 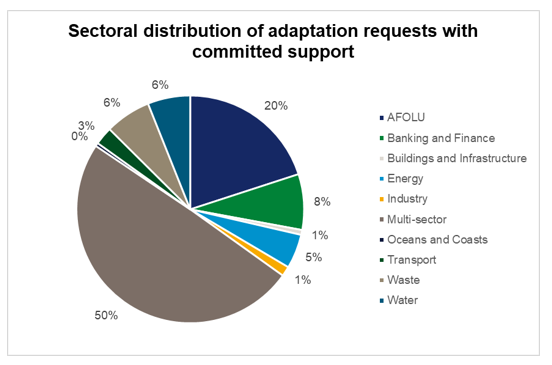 To date, 47 implementing partners are supporting 23 countries to take climate action that will enhance their adaptive capacity – around 55 percent of adaptation requests, compared to 63 percent of mitigation requests, have received pledged support. The United Nations Development Programme (UNDP), Germany, the World Bank, and the Food and Agriculture Organization (FAO) have been particularly strong supporters of adaptation projects in-country (see graph below). 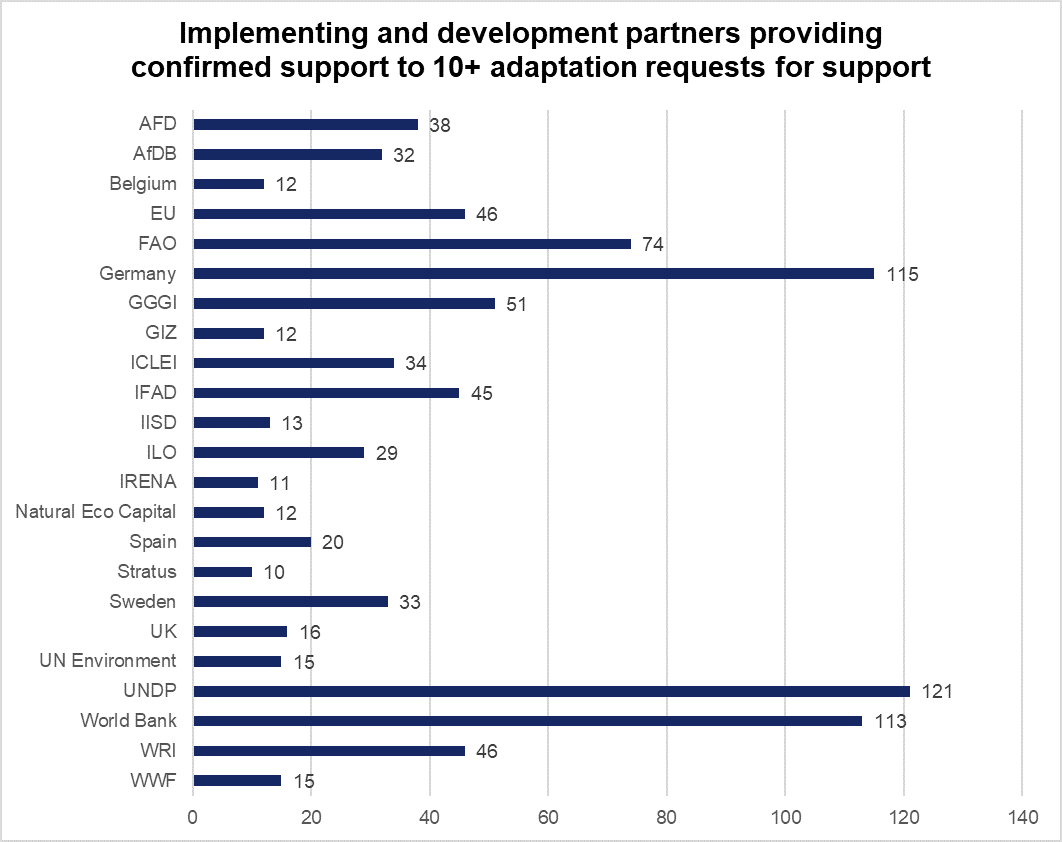 This support includes finance resilient infrastructure projects, provides technical assistance for investment plan development, and facilitates in-country capacity building, among other things. For instance, in Mali, FAO is supporting a project within the fishery sector in the Inner Niger Delta that will strengthen socio-ecological resilience. UNDP has confirmed support to develop and implement urban and coastal resilience programs in Mozambique. And the World Bank is supporting Honduras to revise their adaptation priorities in preparation for the re-submission of their NDC to the United Nations Framework Convention on Climate Change (UNFCCC).

There still remains much to do. A recent report on the NDC Partnership’s support, produced by the NAP Global Network,[6] indicates there are still gaps in support for adaptation in climate risk and vulnerability assessments, project design and proposal development, training and capacity building, adaptation monitoring and evaluation systems, resource mobilization strategies, updating adaptation NDCs, National Adaptation Plan development, and adaptation mainstreaming.

To provide countries with resources that are useful for navigating the complex process of adaptation, the NDC Partnership in collaboration with the LEDS LAC platform recently hosted a webinar, titled Adaptation in the Nationally Determined Contributions: Approaches to Increase Ambition. This is the third in a series of six collaborative webinars that focus on reviewing and increasing ambition of climate commitments. The webinar covered tools that can be used to integrate adaptation into NDCs to increase ambition and examined concrete examples of how countries can use National Adaptation Plans (NAPs) and integration of the private sector in climate action to support their efforts. We invite you to watch the webinar recording, as well as to access the presentations of the exhibitors and the support material through the webinar site.

As our country engagement work continues, we expect adaptation efforts to grow in our member countries – and for partner support to increase alongside them.

This blog was written by Noah Maghsadi and Julianne Baker-Gallegos.

[2] The analysis of CAEP requests is ongoing. Therefore, the data is not included in this blog’s analysis.

[4] Sectoral breakdown of adaptation and cross-cutting requests in request for support letters (RSLs), as of 21 October 2019 (including 35 RSLs).

[5] Implementing and development partners that have indicated their support for ten or more adaptation and cross-cutting requests in request for support (RSLs), as of 21 October 2019 (including 35 RSLs).