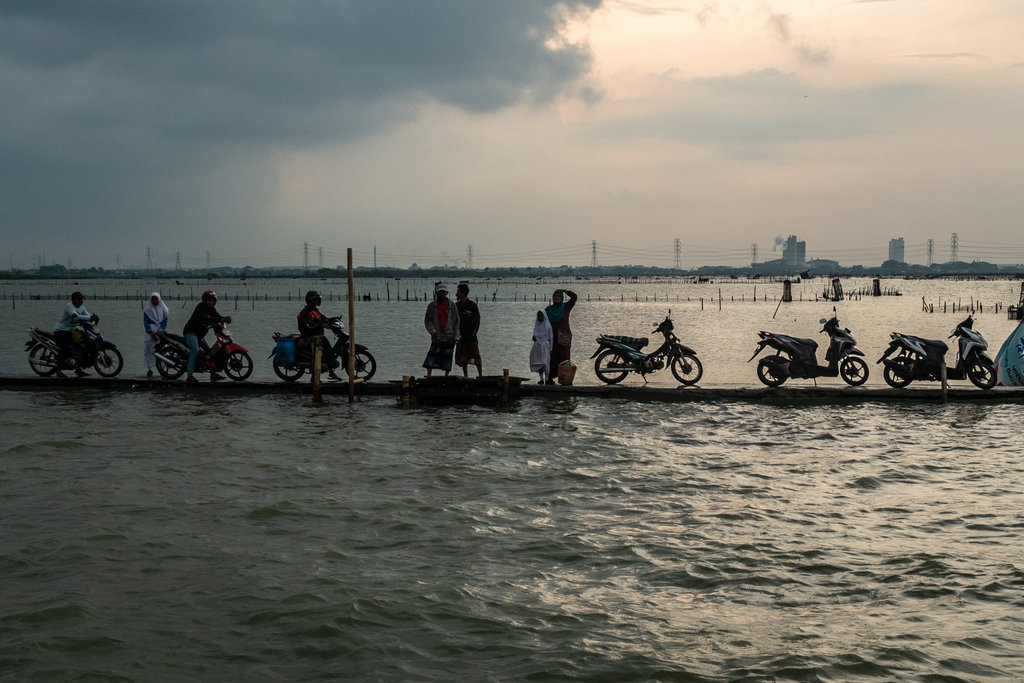 Amid a year of global economic contraction due to COVID-19, Indonesia boldened its climate commitments. In its updated Nationally Determined Contribution (NDC)—submitted to the UNFCCC on 22 July 2021—Indonesia includes fair emissions reduction targets and a strengthened alignment between the country’s climate and development objectives. This comes after more than a year of extensive multi-stakeholder reviews and consultation processes under the helm of Indonesia’s Directorate General of Climate Change, a part of the country’s Ministry of Environment and Forestry (DGCC MoEF).

With its updated NDC submission, the largest archipelagic country in the world now commits to increasing its greenhouse (GHG) gas emissions target to 29 percent unconditionally and 41 percent conditionally (with international support), compared to the business-as-usual (BAU) scenarios of 834 MtCO2e and 1,185 MtCO2e, respectively, by 2030.

The updated NDC reflects progress beyond the existing NDC, particularly through:

Indonesia has committed to tackling climate change since COP15 in 2009, with its Intended NDC pledge to reduce GHG emissions by 26 percent unconditionally and 41 percent conditionally by 2020. This commitment was strengthened in the country’s first NDC submitted in November 2016 which increased the unconditional and conditional targets to 29 percent and 41 percent respectively compared to the 2030 BAU scenario.

The biodiverse nation has also made a commitment to ensure that its communities and ecosystems are resilient to the risks and impacts of climate change by 2030. The updated NDC reinforced this commitment by enhancing adaptation ambitions through programs, strategies, and actions aiming to achieve economic, social, and livelihood  resilience.

With its strengthened mitigation and adaptation commitments, the updated NDC reflects Indonesia’s adoption of the Paris Agreement Rule Book (Katowice Package) into the national context to ensure effectiveness and efficiency in implementing the agreement. This approach communicates the progress and achievements in line with national development and long-term visions. These are reflected in the recently adopted Long-Term Strategy on Low Carbon and Climate Resilient Development 2050 (LTS-LCCR 2050).

Submitted with the Updated NDC, Indonesia’s LTS-LCCR 2050 document presents the carbon-rich nation’s sustainable vision beyond the Paris climate targets and strikes a balance between future emission reduction and economic development. The long-term strategy also outlines Indonesia’s goal to reach peak national GHG emissions by 2030, with a net sink in the forestry and land use sectors, and to progress towards net-zero emissions by 2060 or sooner. Similarly, the strategy aims to reduce the country's potential GDP loss by 3.45 percent due to climate change in 2050 by enhancing resilience in four basic socioeconomic development needs: food, water, energy, and environmental health.

Despite current development challenges caused by the pandemic, Indonesia’s updated NDC and future vision express the country’s ambitions for a development pathway towards climate resilience in a phased approach. According to the updated NDC, Indonesia is betting on the forestry and land use sector and the energy sector to contribute the most to the emissions reduction target, with the former accounting for 24.1 percent of the figure—equal to 692 MtCO2e—and the latter accounting for 15.5 percent (446 MtCO2e). The government aims to have the forestry sector surpass carbon neutrality to become a net carbon sink by 2030.

Deputy Minister of Environment and Forestry Alue Dohong said, “We are on the right track, as we already have the corrective measures [to reach a net sink], such as preventing deforestation.”

Minister of Finance Sri Mulyani said the emissions reduction target needed money like any other government project and that to reach the 2030 NDC target alone, the country would need at least 4.52 quadrillion rupiah (USD310 billion).

She said the government had earmarked around 4.1 percent of the state budget for emissions reduction efforts.

Between 2018 and 2020, some 102.6 trillion rupiah was set aside from the national budget, although it only covered one-third of the projected emissions reduction project costs.

“That is why reaching the NDC commitment cannot be done by the government alone,” Sri Mulyani said. “We also need corporations, ordinary people, and the whole ecosystem to pitch in.”

In preparing the updated NDC and the LTS-LCCR 2050, the Government of Indonesia ensured inclusive multi-sectoral consultations with various line ministries and other government institutions, academia, scientists, the private sector, and civil society organizations.  Following their UNFCCC submission, these documents are now being socialized among stakeholders as part of the government's effort to communicate and rally widespread support for achieving the nation’s climate change targets. The rounds of socializations are supported by the NDC Partnership’s Climate Action Enhancement Package (CAEP) with the Global Green Growth Institute (GGGI) as the Government of Indonesia’s delivery partner.

The NDC Partnership is also supporting the Government of Indonesia through Germany, WRI, and the World Bank on its Build Back Better with Low Carbon Development initiative as part of the Partnership's Economic Advisory Support in response to COVID-19.

This blog was written by the GGGI Indonesia Team.