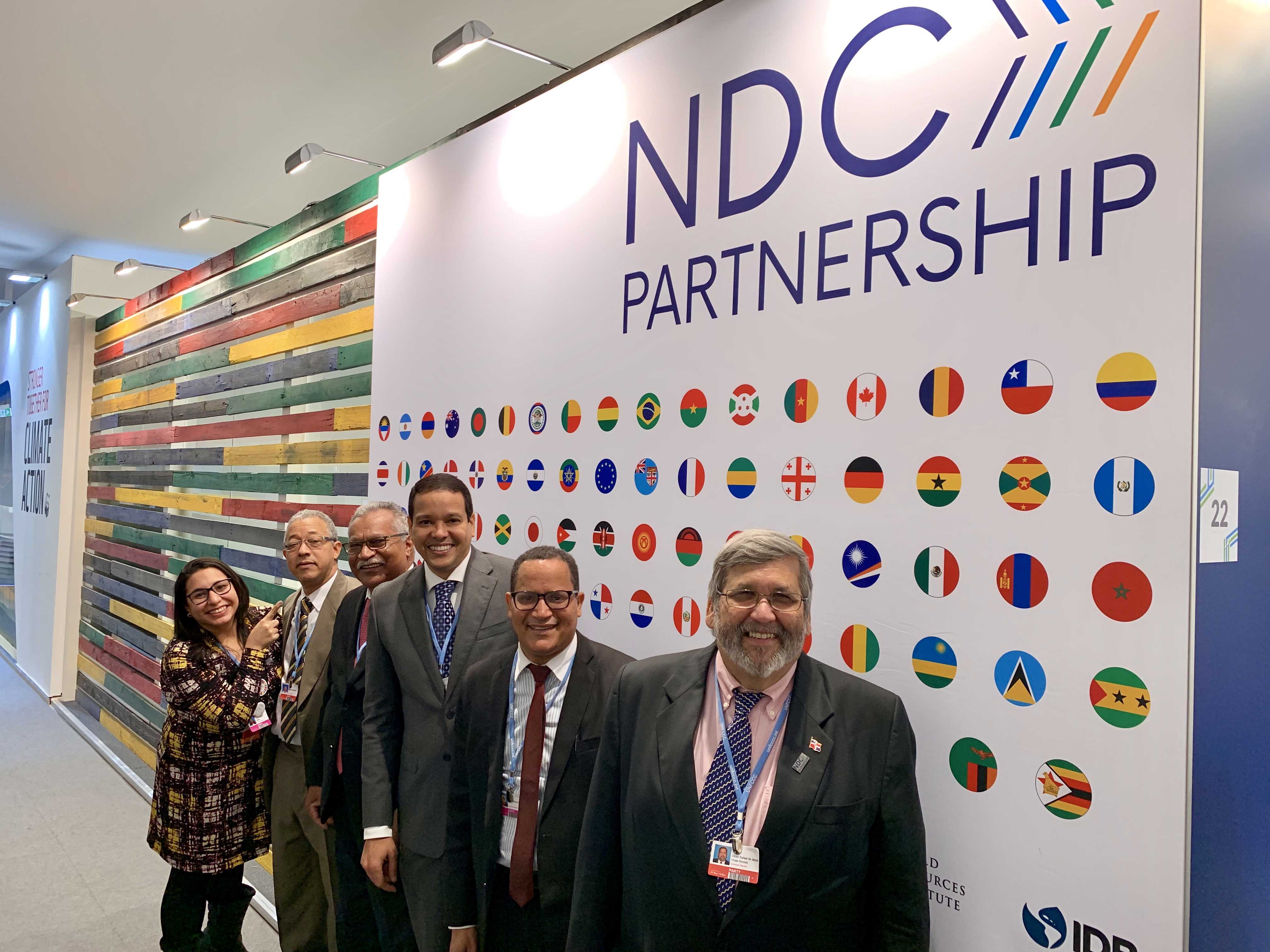 The government of the Dominican Republic approved the Action Plan to implement the Nationally Determined Contribution committed under the Paris Climate Change Agreement. The Plan identifies the mitigation and adaptation actions necessary to achieve the NDC, and connects them to implementing partners, priority sectors, and resources for the short, medium, and long term.

Katowice—The Minister of Economy, Planning and Development, Isidoro Santana, and the Executive Vice-President of the National Council for Climate Change and Clean Development Mechanism, Ernesto Reyna, acting as Focal Points for the NDC Partnership, approved the NDC Action Plan of the Dominican Republic to advance the country’s international commitments under the Paris Agreement on climate change.

In 2015, the Government of the Dominican Republic submitted its Nationally Determined Contribution (NDC) to the United Nations Framework Convention on Climate Change. In its NDC, the country describes its national commitments to global efforts against climate change. The Plan is an instrument to operationalize the NDC, identifying priorities for the 2019-2021 period in the areas of legislation, finance and budgeting, monitoring and evaluation, and capacity building to strengthen climate action.

The Dominican Republic is a highly vulnerable country to climate change impacts, which increases the urgency for adaptation actions and greenhouse gas emission reductions at a national level. Some of the prioritized areas of the NDC Action Plan include the integrated and adaptive management of watersheds through local systems of sustainable production; the implementation of initiatives to reduce climate vulnerability in agricultural, tourist and marine-coastal areas; the establishment of incentives to increase energy efficiency and the participation of non-conventional renewable energies; and the deployment of cleaner transportation alternatives.

Ernesto Reyna highlighted the importance for the Dominican Republic to have a Climate Action Plan with the NDC Partnership, which is aligned with the sectoral priorities established in the National Development Strategy and with the NDC.  He highlighted that the Plan was developed during 2018 through a consultative process carried out with the support of the NDC Partnership platform A key moment in this process was a national workshop in August, in which more than 100 representatives from 60 state and non-state institutions, fundamental entities for the implementation of climate change actions, participated.

"With this strategic instrument, our country will be able to advance more efficiently and obtain decisive results in the fight against climate change, such as achieving an increase in the climate resilience of our population, among others," he concluded.

A group of strategic actors for the implementation of the Plan are the partners of international development cooperation, traditional allies of the country in the efforts against climate change. Several of these bilateral and multilateral actors are carrying out climate action programs and projects, and these projects were aligned with the NDC Action Plan to map the use of available resources and identify existing gaps, as well as implementation and investment opportunities.

Minister Isidoro Santana highlighted links with the country's development plans. "The Climate Action Plan that has been prepared by the Dominican Republic is aligned with the National Planning System by 75 percent, and it translates into actions and lines of work mandates of the National Development Strategy 2030, which, in turn, are included in the country’s," he said.

In that sense, the Plan will serve as a basis for planning, coordination, mobilization of resources and transparency in the urgent implementation of the NDC, bringing government and partners to work together and achieve the development and climate objectives of the Dominican Republic. Although the Plan is officially approved, it is a "living document" that will be reviewed annually by the same sectors and key actors, to ensure that all priorities in the climate agenda are updated and included in the development plans of the country.

Amal-Lee Amin, Chief of the Climate Change Division at the Inter-American Development Bank (IADB), an institution active in climate issues the country commented: “With the preparation of the NDC Action Plan, the Government of the Dominican Republic is showing its leadership and firm commitment with the implementation of the Paris Agreement. Moreover, under the coordination of the Government, the joint work of IADB’s NDC Invest Platform and the NDC Partnership embodies the added value of both initiatives, resulting in a solid and constructive work by engaging other development institutions, so that we can focus on our respective areas of comparative advantage to best support the country”.

The NDC Partnership is a global coalition of countries and institutions committed to accelerating ambitious actions for climate and development. The partnership has grown to include 87 member countries, 19 institutional members and nine associate members since its launch at COP22 in Marrakech in November 2016. NDC Partnership members work together to support 36developing countries improve and apply their NDCs through technical assistance. Members provide specific support to strengthen policy frameworks, integrate climate actions into national, sectoral and subnational plans, develop budget and investment plans, share knowledge and resources and build stronger monitoring and information systems in line with country requests.

For more information about the NDC Partnership, visit ndcpartnership.org.

Read this press release in Spanish.

For the Dominican Republic:

For The NDC Partnership: