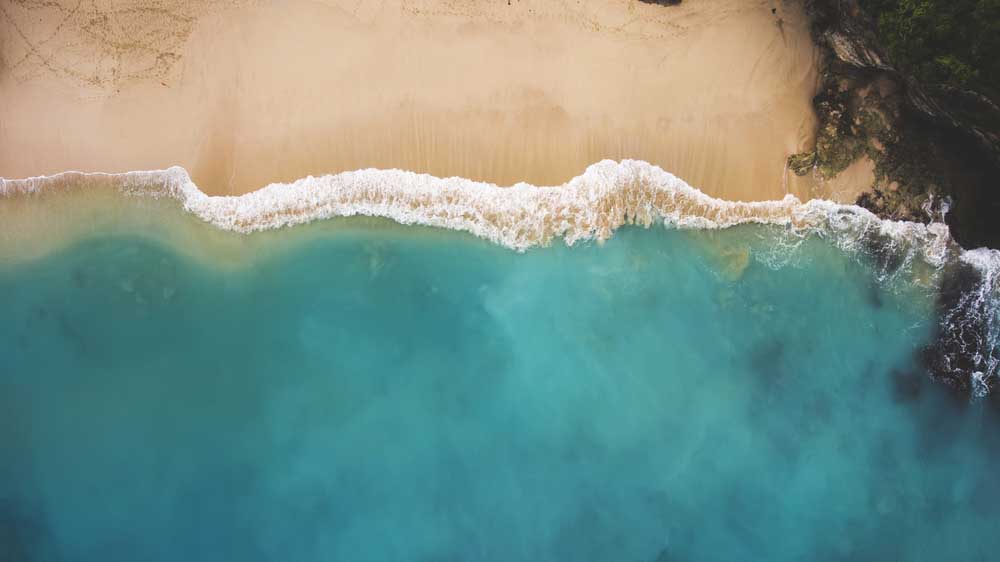 Covering more than 70 percent of Earth’s surface, the ocean is an integral part of our Earth’s natural systems. The ocean produces more than half of the world’s oxygen, and plays a key role in absorbing and storing 50 times more carbon dioxide than the atmosphere. The United Nations Division for Sustainable Development Goals explains that, “since the beginning of the industrial revolution, the ocean has absorbed about one third of the carbon dioxide released by human activities, thereby mitigating the full impact of climate change.” [1] But as global carbon dioxide levels increase, the ocean is incapable of absorbing and storing additional carbon dioxide. Rising carbon dioxide concentrations also result in widespread acidification. The effects of ocean acidification due to carbon dioxide are reflected in coral bleaching, depleted fisheries, and detrimental changes to ocean ecosystems. Additional ocean concerns beyond acidification include coastal issues that are aggravated by climate change, such as coastal erosion and sea level rise.

According to a study published in 2017, “As of June 2016, 161 governments had filed NDCs, of which 70 percent include some mention of marine issues. This group of 161 covers 188 nations, since the NDC from the European Union spans all 28 EU members. The majority (103) of ocean-inclusive NDCs focus on climate change impacts and adaptation needs in marine areas. Of those Parties that ignore the oceans in their NDCs, 14 are coastal, some with very large Exclusive Economic Zones (EEZs) such as Australia, Brazil, the European Union, Micronesia, New Zealand, Norway, the Russian Federation, and the United States of America.”

Additionally, in the cases where oceans are being integrated and considered, most attention is focused on the impacts of climate change on the ocean and fisheries rather than mitigation. “The dominant concerns raised by governments were coastal impacts (95 NDCs), ocean warming impacts (77 NDCs), and fisheries impacts (72 NDCs). Some NDCs provided specific plans to address these impacts, whereas others include them more generally as adaptation needs… general concerns about ocean warming are widespread (77 NDCs), but a much smaller number of NDCs (mostly from small island developing states (SIDS)) specifically address ocean acidification as an additional stressor from anthropogenic CO2 emissions (14 NDCs).”

Studies like this are demonstrating that the ocean and NDCs that integrate adaptation and mitigation efforts in relation to oceans are not being given the appropriate level of attention and concern. As Sustainable Development Goal 14: Life Below Water outlines, ocean health is critical for human well-being and sustainable development, while also playing a key role in climate change mitigation.

But, an echo to the importance of oceans was recently made apparent at COP23, with the launch of the Ocean Pathway. The Pathway provides information on ocean-based solutions to address climate change and links between the two. The Pathway “aims to ensure inclusion of oceans in Nationally Determined Contributions (NDCs); aims to create a window for the ocean within existing UNFCCC financial mechanisms to ensure climate change funding can support the adaptation work required for healthy oceans, and consider effective engagement in the Facilitative Dialogue.” [2]

Within the NDC Partnership, several member countries have prioritized oceans, marine, and coastal ecosystems both in terms of adaptation and mitigation as part of their NDCs. For example, the Republic of the Marshall Islands (RMI) is particularly interested in the potential for Ocean Thermal Energy Conversion (OTEC), which could be a transformational technology for the country as well as a method for mitigating emissions. However, OTEC is an emerging technology and prohibitively expensive, with only a few small-scale demonstration plants in operation globally to date. Within the National Climate Change Policy Framework (NCCPF), priority areas for urgent response include infrastructure to protect from sea-level rise, sea surges, typhoons, and rainfall intensity; water and food security issues from changing rainfall patterns and ocean acidification; health issues from rising temperatures and prolonged drought periods; potential increasing peak wind speeds; and changes to ocean circulation patterns. The upcoming Partnership Dialogue on Climate Change in RMI is creating an opportunity for existing and new global, regional, and local partners to coordinate a collective effort to support the Marshall Islands in responding to the above-mentioned climate change challenges and to implement its climate policies and commitments.

Fiji has committed to pursuing the SDGs and integrating them into the country’s national planning. During the 2015 United Nations Sustainable Development Summit, Fiji affirmed its focus on Sustainable Development Goal 14 to conserve and sustainably manage oceans and seas to increase its standard of living and transform its energy resources into renewable options, including wave and ocean energy.  Considerable progress has been made in deploying hydro and wind energy technologies, although getting close to 100 percent renewables remains a challenging task.

Across the Pacific Ocean in Honduras, most Hondurans are within 200 kilometers of the coastline, which has made marine and coastal ecosystems a priority for the wellbeing of its citizens. Additionally, some of Honduras’ coastal areas and islands are tourist destinations, which contribute to the local economy, making the coastal areas an important part of Honduras’ economic development trajectory. Protecting these areas will promote economic development, while keeping these zones free of trash and other waste will support Honduras’ goal to manage waste services as outlined in its NDC.

As countries increase ambition and review their NDCs as part of the ongoing Talanoa Dialogue, oceans will be an important consideration given their role in carbon sequestration and sustainable development. Mechanisms, like the Pathway, will remain an important bridge in integrating oceans into NDCs and sustainable development plans. As reflected by days like the recent World Oceans Day, the ocean will continue to be recognized for its vital role in supporting Earth’s ecosystems and human wellbeing.