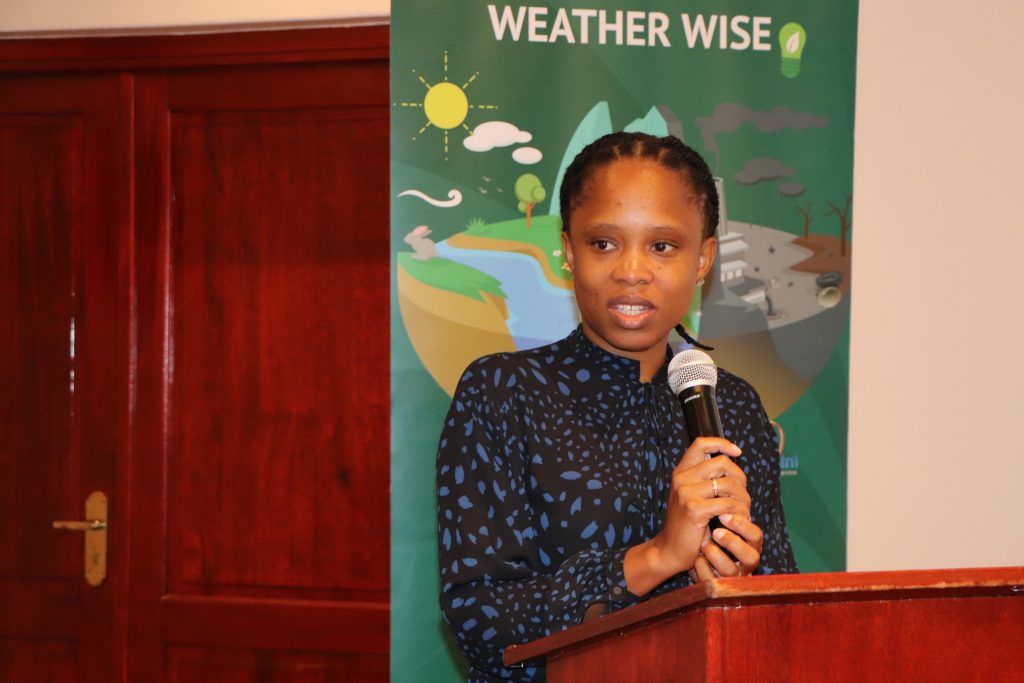 Director of Meteorology at the Ministry of Tourism and Environmental Affairs (MTEA), Duduzile Nheengethwa-Masina, said while Eswatini was able to implement many projects in the different sectors of the NDCs, some targets were not met. Credit: Mantoe Phakathi/IPS

“The process of NDCs Revision began in May 2020 and the country expects to submit the revised NDC by June 2021,” Pullanikkatil told IPS.

[The Ministry of Tourism and Environmental Affairs (MTEA)] and the Ministry of Economic Planning and Development (MEPD) are spearheading the process.

In its 2015 NDCs, the country had committed to producing the National Adaptation Plan (NAP) by 2020, which will focus on building resilience in different sectors including agriculture, water and, biodiversity and ecosystems, among others.

For mitigation, the country committed to focusing on the energy sector – by doubling the share of renewable energy in the national energy mix by 2030 relative to 2010 levels. Emphasis was also been placed on the transport sector to introduce commercial use of 10 percent ethanol blend by 2030. The country made bigger strides in its commitment to substitute ozone-depleting substances by phasing out HFCs, PFCs and SF6 gases.

Read the full article at http://www.ipsnews.net/2020/11/eswatini-makes-progress-ndcs-thanks-crucial-partnership-support/.