Bringing Global Outcomes of the Climate Action Summit to the Country Level: Kenya 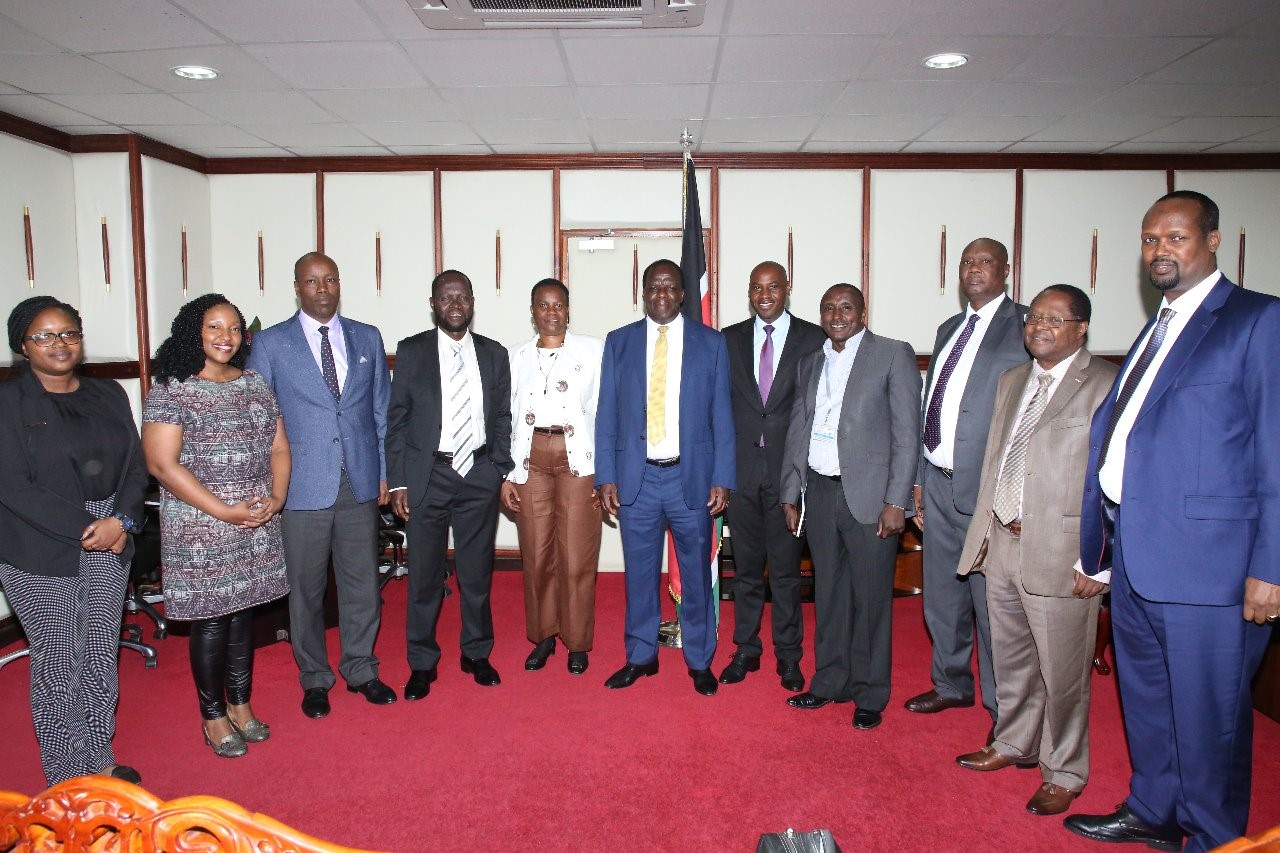 In the run-up to the UN Secretary-General’s Climate Action Summit in September 2019, the NDC Partnership supported three member countries in their roles as co-leads for thematic tracks of the summit:  Kenya (Infrastructure, Cities and Local Action), Jamaica (Climate Finance and Carbon Pricing), and the Marshall Islands (Youth and Public Mobilization). The Partnership provided support through strengthening capacity in capitals and at permanent UN missions in New York, by embedding local experts in the teams in charge of preparing the summit. We sat down with Elizabeth Wangeci Chege after the summit in New York, to discuss what she sees as the summit’s key outcomes for Kenya, and how we can take these to the country level, linking them with ongoing NDC Partnership processes.

Based in Nairobi and assisting the Kenyan government in preparing for the UN Climate Action Summit, Elizabeth Wangeci Chege has been playing an active role in developing the initiative for building climate resilience of the urban poor, and is now looking at how Kenya, partners, and other countries can move forward with the implementation of this initiative. “Within the Government of Kenya, we set up and worked through an inter-ministerial team on the summit track and especially this initiative, as it relates to multiple sectors and ministries. My role as an independent advisor embedded in the government was to provide necessary technical support to accelerate and expedite Kenya’s tasks in the preparations of the summit and in particular this priority initiative. As everyone at the ministries is extremely occupied with their day-to-day tasks and many international events, the added capacity was really valued and necessary,” explains Elizabeth. “In developing the initiative with UN-Habitat and other partners, we identified ‘hotspots’ – cities and informal settlements most vulnerable and at risk of negative climate impacts – in 50 countries. Next, climate-resilient spatial plans need to be developed. This is critical because in many cases significant migration from rural areas to cities is done without proper planning, thus putting more people at risk of climate impacts. Therefore, vulnerable groups need to be considered well as part of city planning. It is important to have a comprehensive understanding of how people live, so that human settlements and infrastructure can be built in a sustainable and zero-carbon way, while focusing on resilience and development of the people.” Elizabeth also recognizes the interlinkages of the initiative with other critical areas of work, including finance. “This effort cannot be successful without looking at livelihoods and securities. Progress needs to be made on providing insurance and access to microfinance to the urban poor. In practice, this is often done through cooperatives, but such structures need to be acknowledged formally to be able to work better and reach everyone. This is the reason why decentralized finance, one of the other sub-tracks, is so critical and intertwined with this initiative. We need to make sure that sufficient climate finance can be mobilized and accessed, with speed, at the subnational level, especially in case of disasters and in mitigating against future climatic disasters. The reality is that we now see people put all their money into building their places to live, only to see them being washed away soon thereafter in case of a climate disaster hitting the country. With no insurance and little resources, this puts people at a very high risk. Lastly, all these efforts need to be mainstreamed into enhanced Nationally Determined Contributions (NDCs) and National Adaptation Plans (NAPs) so that the programs within the initiative can truly transform people’s lives and livelihoods.”

Kenya has been working with the NDC Partnership for the past two years, and has developed its National Climate Change Action Plan 2018-2022, which is currently being implemented with the support of partners. One of the key areas of action includes increasing the climate resilience of human settlements, including by controlling flooding and improving solid waste management. “As for moving the UN Climate Action Summit initiative forward at the country level, His Excellency the President of Kenya announced at the Summit that Kenya will champion the initiative and play a lead role in mobilizing the necessary resources. To reach 600 million people by 2030, we estimate that over 60 billion USD is required; over the next four years we aim to collaboratively mobilize around 15 billion USD to support 150 million disadvantaged urban poor adapt to climate change in informal settlements by 2023,” shares Elizabeth. “The immediate next step would be to set up a steering committee and secretariat for the initiative, to also enable knowledge sharing. One thing is clear: the transformative moment is now, and we need to keep up momentum to follow through on these initiatives, including by ensuring access to the finance required for implementation. Importantly, there are initiatives of the Summit that can be taken forward collectively, such as collaboration with the Climate Resilient Investment Coalition, one of the outcomes of the Adaptation and Resilience track, championed by the United Kingdom and Egypt.”

In addition to the sub-track focused on Building climate resilience of the urban poor, there were the following four additional sub-tracks with initial results delivered for the Climate Action Summit:

For all sub-tracks, including Building resilience of the urban poor, a lot of work is still ahead. When looking at the first round of NDCs that were developed in 2015, there is only a small number of countries that has included direct references to resilience of the urban poor in their NDC. While a 2017 review by UN-Habitat shows that out of 164 NDCs, over two-thirds included some urban content, the NDC Partnership Knowledge Portal shows that only two NDCs refer explicitly to the “urban poor” (Democratic Republic of the Congo and Kiribati), and only two refer explicitly to “urban resilience” (Bangladesh and Cape Verde). The Ecuador NDC also refers explicitly to and provides specific data on “urban poverty." “We consider this a critical gap. As countries are looking to enhance their NDCs by 2020 following the Paris Agreement mechanism, we would certainly encourage countries to leave no one behind in advancing climate action and sustainable development that benefits all. This would be particularly beneficial for those 50 countries where the initiative has identified hotspot cities,” concludes Elizabeth. In addition to support on implementation, the NDC Partnership stands ready to support countries with NDC enhancement, making NDCs more implementable, realistic, measurable, investable, and raising their ambition, including through the Climate Action Enhancement Package (CAEP).