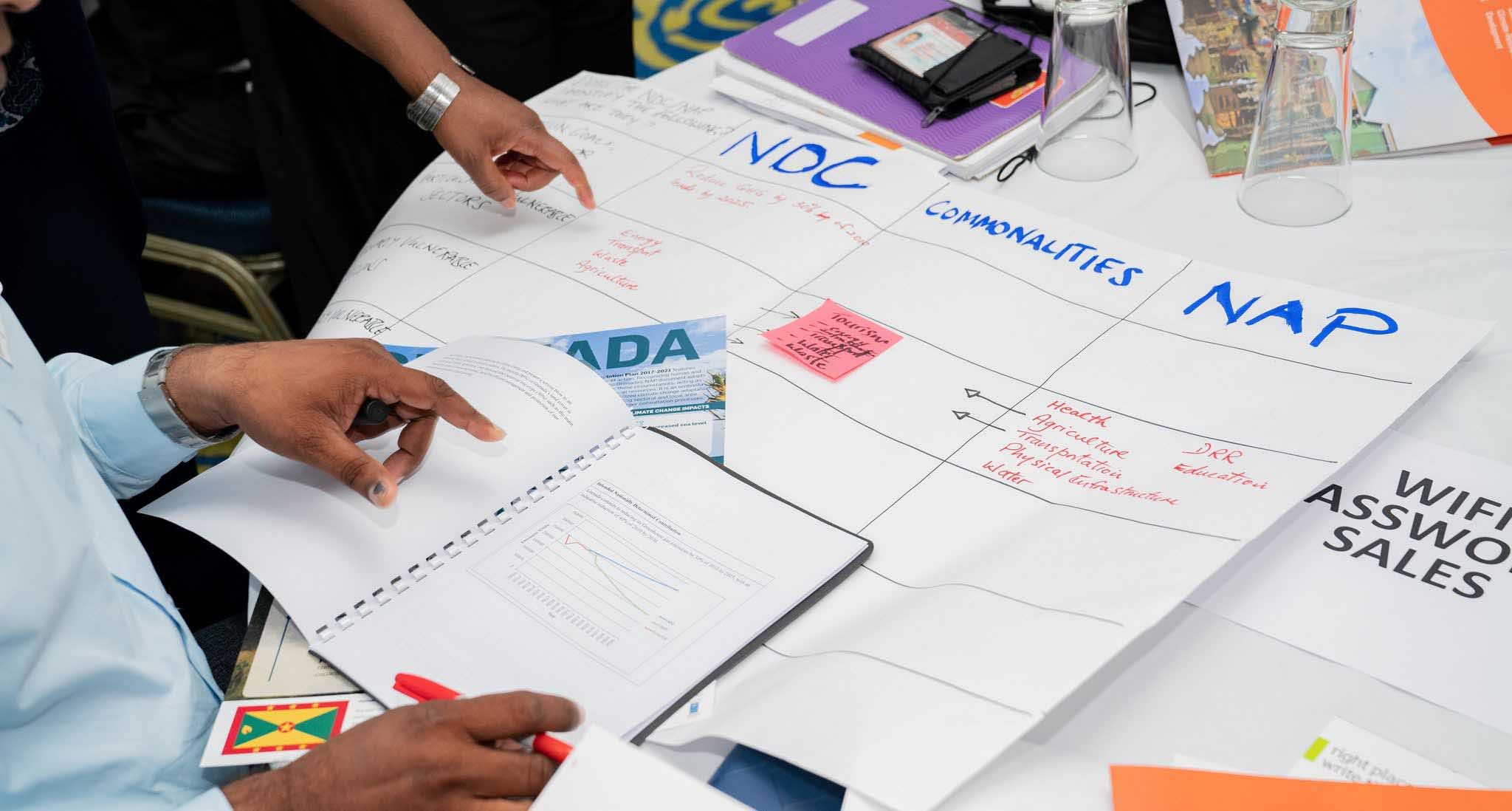 Nationally Determined Contributions (NDCs) set out countries’ ambitions for reducing their greenhouse gas emissions to achieve our commitment to the Paris Agreement.

Though not mandatory, most countries have also chosen to include information on how they plan to adapt to the impacts of climate change. According to the  German Agency for International Cooperation’s (GIZ) Tool for Assessing Adaptation in the NDCs, as of November 2018, 131 of the 183 countries that submitted NDCs included adaptation information.

Reflecting this trend in NDCs, adaptation actions also figure prominently in most NDC Partnership Plans. NDC Partnership Plans are multi-year results-based plans that set out priority actions to guide the implementation of mitigation, adaptation, and crosscutting initiatives to enable the achievement of NDCs. These Plans - which are living documents - change over time and are updated as results are tracked, and new needs emerge. They provide useful information, amongst others, on priority adaptation activities, the development partners that provide support for these activities, and the gaps in support.

Many countries are also creating National Adaptation Plans (NAPs), which are domestic planning processes that allow countries to identify, address, and review their medium- and long-term adaptation needs, and advance implementation of adaptation measures. NDCs and NAPs are complementary processes that represent important elements of countries’ responses to climate change in line with the Paris Agreement.

Many adaptation activities in NDC Partnership Plans address elements of the NAP process, including medium- and long-term adaptation planning, integrating adaptation in planning and budgeting, implementation of adaptation actions, and monitoring and evaluation (M&E) of adaptation. NDC Partnership Plans also include actions that are essential enabling factors for effective NAP processes, including capacity building, financing, institutional arrangements, and information sharing. Other areas of potential support that feature in NDC Partnership Plans include capacity building, development of sector or subnational adaptation plans, and providing support to mainstream adaptation in sector plans and subnational plans. Few countries have also prioritized establishing or improving early warning systems and climate proofing of infrastructure.

The table below outlines six priority activities related to the NAP process and indicates countries with either no support or gaps in development partner support.

Addressing these gaps could support country NAP processes and enable them to make progress towards the adaptation ambitions set out in their NDCs. NDC Partnership Plans also offer opportunities to increase NDC and NAP alignment by linking NDC pledges under the Paris Agreement with NAP processes that elaborate on how adaptation will be planned, implemented, and monitored at the country level.

The NDC Partnership, working with partners such as the NAP Global Network, is well-positioned to assist countries with NDC and NAP alignment, ensuring that NDCs are informed by NAP processes as many countries prepare to enhance their NDCs by 2020.

The report, Adaptation Actions in NDC Partnership Plans: Opportunities for Alignment with NAP Processes, was prepared by Deborah Murphy for the NAP Global Network as a working paper to explore opportunities to improve NDC-NAP alignment. If you would like to receive a copy of the report, or if you have comments to share, please contact:  info@napglobalnetwork.org

Deborah Murphy is a Senior Associate with the International Institute for Sustainable Development, with more than twenty years of experience working on climate change issues.

Much of her work focuses on climate change processes in developing countries, including working as an in-country advisor in Kenya for six years. Her work has included development of climate change actions plans; low carbon development strategies; monitoring, verification and reporting (MRV) frameworks, and adaptation plans.