Country Overview
In-Country Engagement
Tools
Climate & NDC Data
Overview
Peru submitted its updated NDC in December 2020. Early engagement took place through a series of request for support letters focused around strengthening climate change governance frameworks, integrating climate action at the sectoral and subnational levels, involving private sector and non-state actors, and promoting participatory implementation of climate change measures. This resulted in the development of the regulations of the Framework Law on Climate Change and support for the “Dialoguemos” NDC consultative processes. It also contributed to the prior consultation process with indigenous peoples regarding the regulations of the Framework Law on Climate Change, which led the way to the Indigenous People ?s Climate Platform, and other support related to the participation of indigenous peoples in climate legislation. This work received support from the Government of Germany (BMU), IISD, and the European Union's Euroclima+ Program with FIIAPP and GIZ as implementing agencies. Peru has actively engaged in the Climate Action Enhancement Package, receiving support from Fundación Avina, GGGI, ICLEI, SSN, UNCDF, and WWF. Support covered technical support for the NDC update, strengthening monitoring and evaluation, contributing to the development of the long-term strategy (National Climate Change Strategy 2050), promotion of climate action at the sectoral and subnational levels, engagement with the private sector, design of a guarantee fund for green investments, and participatory implementation of climate change measures and ownership by non-state actors. 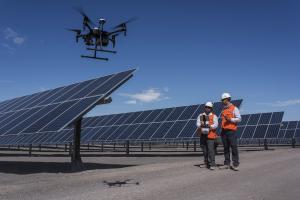 Peru's Ministry of Environment will launch its National Registry of Mitigation Measures on Tuesday, 22 September. This event will bring together leaders, experts and those interested in NDC implementation for a dialogue focused on experiences and lessons learned. The event will feature both a panel ...