Back in October 2016, the NDC Partnership welcomed Uganda as one of its first members, a member that strongly believes in the aspirations of the Partnership and its aim to enhance international cooperation to support the implementation of Nationally Determined Contributions (NDCs) under the Paris Agreement. Climate change is a global challenge, a challenge that goes beyond the geographical divisions we create, it binds us together towards the common objective of global welfare. International cooperation and respecting each countries’ common but differentiated responsibility to the articles of the Paris Agreement will determine much of our success. This is where the NDC Partnership stands in support, by facilitating the transfer of financial and technical resources in Uganda and across the world.

Within Uganda’s NDC, the country strives for a 22 percent reduction in greenhouse gas emissions by 2030 relative to a business-as-usual scenario. Mitigation aspirations are clear, although adaptation has been stated as a definite priority for the nation. The reduction of urban and rural vulnerabilities, and increased climate resilience – especially in the areas of agriculture and livestock; forestry; infrastructure; water; energy; and health – have been set as key milestones to a sustainable and prosperous nation, as depicted in ‘Uganda Vision 2040’.

Within Uganda’s first official communication to the NDC Partnership, the Climate Change Department (CCD) of the Ministry of Water and Environment emphasized that “the challenge now turns to implementation”, and here the NDC Partnership stood ready to support Uganda to enhance, and realize, the nation’s ambitious climate change agenda.

The NDC Partnership Support Unit conducted a mission to Uganda in August 2017 to follow up on the results and discussions which had taken place during the “Strategic Dialogue on Achieving Uganda’s Climate Goals” a few months before, in June 2017. The Support Unit consulted with Uganda’s NDC Partnership Focal Points, namely, the Ministry of Water and Environment (MWE); Ministry of Finance, Planning, and Economic Development (MoFPED); and National Planning Authority (NPA) to kick-start the development of a concrete proposal for support, based on the findings of the Strategic Dialogue. 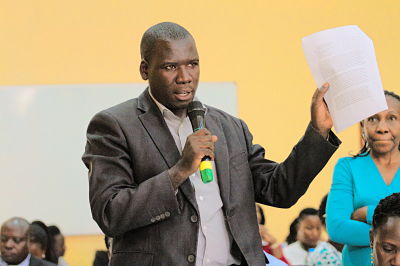 The official proposal – which identified 11 different support requests and the requirement for two technical advisers to support the NPA and CCD – was received on the 5th of September 2017. By December 2017, the NDC Partnership had consolidated and shared immediate responses which identified support from six implementing partners: the German Agency for International Cooperation (GIZ), the Global Green Growth Institute, NAP Global Network, the UN Development Programme (UNDP), World Bank, and World Resources Institute. This response helped pave the way for the design and implementation of the first NDC Partnership Plan in Africa, the mention of which received great applause in the opening statements of the Partnership Plan workshop that ensued over two days on the 30th of January and 1st of February 2018.

The multi-stakeholder workshop was convened in Entebbe and began with opening remarks from Hon. Dr. Mary Goretti Kitutu, Minister of State for Environment; Albrecht Conze, German Ambassador to Uganda; and other high-level speakers from the Climate Change Department (CCD); Ministry of Finance, Planning, and Economic Development; National Planning Authority; and UNDP. The event brought together around 100 stakeholders – representing Government, private sector, academia, development partners, and implementing partners – to further develop the above-mentioned support requests into a clear and concrete set of outputs and outcomes. Through open discussion and themed group work, the NDC Partnership managed to successfully formulate and validate over 40 outputs and five outcomes, all against these 11 original support requests that were submitted in September 2017. 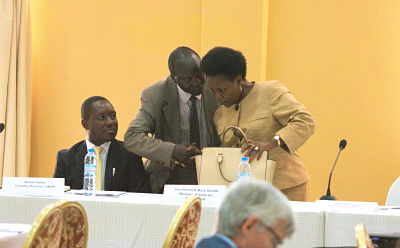 As part of the event, Implementing Partners were given the floor to speak about how their programs and projects can be aligned to the support requests that have been formulated through the NDC Partnership. In addition to those Implementing Partners mentioned earlier, the Green Climate Fund (GCF) and African Development Bank brought invaluable expertise and insights into how Uganda can progress with their ambitious climate agenda. There were intense and rewarding discussions about accessing the funds of the GCF, and how Uganda can capitalize on initiatives the African Development Bank currently has in place. Overall, the workshop provided a vital medium that facilitated a clearer, more detailed, and ambitious path towards implementing Uganda’s NDC. The workshop was officially closed by Chebet Maikut, Commissioner of the CCD, after validating the outputs and outcomes that were designed in the workshop. Looking ahead, the NDC Partnership Support Unit is now working directly with the Government of Uganda and implementing partners to finalize the design of the Partnership Plan, and to facilitate its implementation by mid-2018. 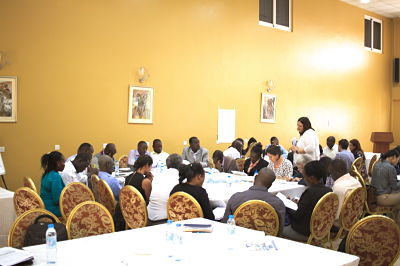 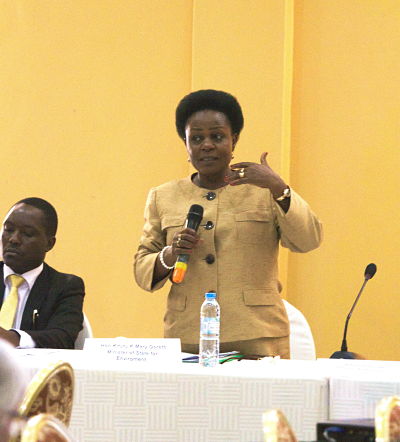 “Because of our vulnerability we recognize the importance of fulfilling the commitments under the UN Convention, particularly the principle of common but differentiated responsibilities and respective capabilities. To fully realize this, a lot of support is required, both financial and technical. Hence the need and urgency to vehemently push for this Partnership Plan.” - Hon. Dr. Mary Goretti Kitutu, Minister of State for Environment 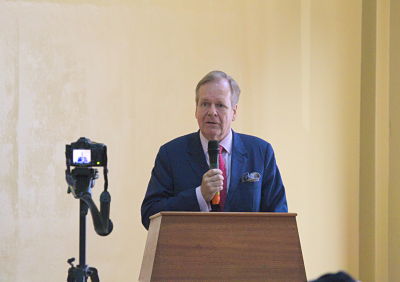 “Climate change is something that gets more expensive by the day. If we lose an hour, a day, a month, we have lost money.” - Hon. Albrecht Conze, German Ambassador to Uganda 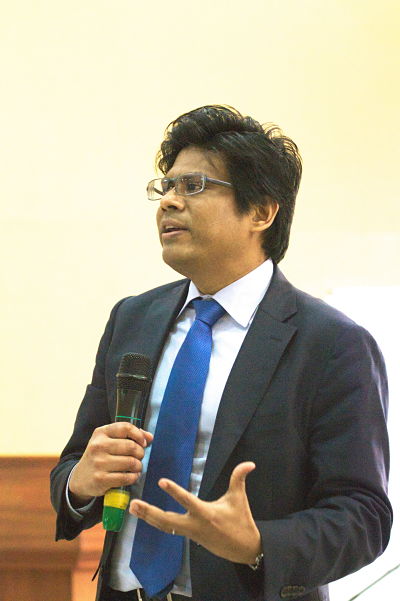 “This is an important workshop for us, this is where we are going to be converting the Partnership Plan into the details of the response letter on how different implementing partners are going to be delivering the results; figuring out how we can improve coordination and mobilize resources on behalf of the Government. We are going to do this together.” - Jahan Chowdhury, NDC Partnership Support Unit Country Engagement Director

Charlie Tomlinson is a Country Engagement Specialist for the NDC Partnership Support Unit.