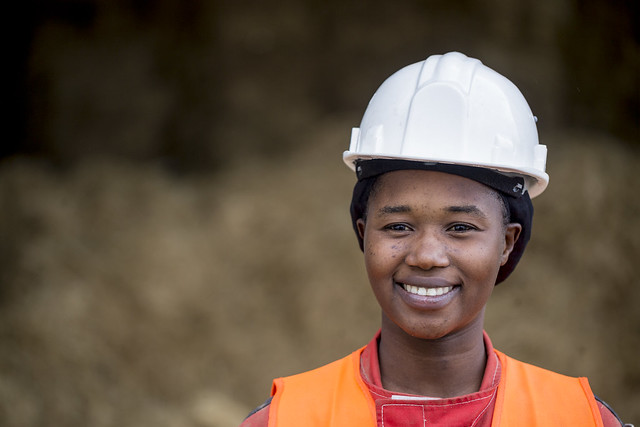 Women and disadvantaged groups are disproportionately affected by negative climate change effects. They also face unequal access to economic resources, and climate-related information and decision-making. Harnessing the knowledge, strengths and contributions of all people, understanding the gender-differentiated impacts of climate change, and empowering all people, regardless of gender, to manage and respond to climate risks will not only facilitate fair and just solutions, but can also galvanize impactful climate results.

The NDC Partnership is committed to integrating gender equality into mitigation and adaptation actions as embodied in its new Gender Strategy. From the outset, the Partnership has identified gender equality as one of its ten guiding principles, with members signing on to the principle as part of the Partnership’s efforts to accelerate sustainable, inclusive, and equitable country-driven climate action.

The Partnership’s Gender Strategy supports the inclusion and implementation of gender-responsive actions in Nationally Determined Contributions (NDCs) and mainstreams gender equality considerations throughout the NDC Partnership’s Work Program. A key purpose of the strategy is to facilitate country access to the full range of members’ gender expertise and technical resources in order to meet support needs for mainstreaming gender into climate action, as identified by member countries.

As countries submit new or updated NDCs in 2020, this Gender Strategy takes on particular urgency given the limited window of opportunity to integrate gender equality into the design of updated or new NDCs. The Partnership stands ready to support countries in this process.

At the global level, the Partnership is working to:

At the country level, the NDC Partnership has proposed a set of minimum standards for mainstreaming gender into its in-country work. The main channel for using these minimum standards will be through Partnership Plans which are multi-year programmatic frameworks developed by member countries to accelerate NDC implementation. As the Partnership operates on the principle of country ownership, applying these standards means supporting country-driven efforts to develop gender-responsive NDCs and implement mitigation and adaptation actions in a way that empowers all people, including women and disadvantaged groups.

Specifically, the Partnership is supporting countries to:

Taken together, these standards will enable a more robust country response to gender inequalities within NDC interventions. For instance, if a country is looking to collaborate with partners on expanding climate-smart agriculture as a key priority in its NDC Partnership Plan, understanding and incorporating identified gender equalities and differentiated impacts of climate change on women and men in the agricultural sector can make an important difference in the outcomes of the planned interventions, making climate action more effective.

In agriculture, women comprise about 43 percent of the agricultural labor force in developing countries. According to the Food and Agriculture Organization, if women had the same access to productive resources as men (such as land, credit, extension services, and information), they could increase farm yields by 20 to 30 percent and raise total agricultural output in developing countries by 2.5 to 4 percent.[1] Women can be a force for positive change and facilitate a shift to climate-resilient agriculture, if given access to opportunities and resources.

Similarly, understanding how climate outcomes can be affected by social norms for men and women as well as by socio-economic status can have an impact people’s survival. Women and children are 14 times more likely to die during natural disasters than men. Between 70–80 percent of those who did not survive the 2004 Indian Ocean tsunami were women. Women accounted for 90 percent of the fatalities from the 1991 Bangladesh Cyclone, over 60 percent of those who perished during Cyclone Nargis in Myanmar in 2008, and the majority of deaths during the 2003 European heatwave.[2] During Hurricane Katrina in 2005, most of those trapped by the hurricane were African American women and children. But countries like Bangladesh provide a prime example of where responsive action has led to significantly reduced disaster mortality and about a 65 percent reduction in the female to male death ratio.[3] This was achieved by promoting women’s leadership and empowerment across all sectors and engaging women in the design of early warning systems, cyclone shelters, and community awareness initiatives.[4]

These examples illustrate the importance of understanding the different impacts of climate change on women and men, and how these can affect climate outcomes and people’s lives. It is key to meaningfully involve women and disadvantaged groups in climate mitigation, adaptation, and disaster risk reduction planning, capacity building, and implementation, so that interventions can respond to their context-specific needs and concerns.