The Pacific is home to small island countries that are already experiencing the devastating effects of climate change, including rising sea levels and an increase in natural disasters.  While the region has made significant development progress, economic growth is hampered in many of these countries by their isolation from major markets and their tiny size (Niue, for example, is a country of approximately 100 square miles and 1,700 residents).  This is exacerbated by the high costs of fossil fuel imports, transportation, and shipping in the region.  Despite these and other development obstacles, Pacific countries are taking a leadership role on climate change by encouraging ambitious global action, reducing their own already-miniscule greenhouse gas emissions, and improving resilience to the impacts of climate change – a priority for the region.

This leadership was evident at the Pacific Regional Dialogue on Nationally Determined Contributions (NDCs), which was recently hosted by the Government of Fiji in the context of the Paris Agreement.  The dialogue convened all 14 Pacific island countries to exchange national experiences on NDC implementation planning, including linkages to the Sustainable Development Goals (SDGs), and opportunities to engage the private sector, advance gender equality, and link with energy sector planning.  The countries also discussed how they would carry their work forward through the recently established Regional Pacific NDC Hub, an arm of the NDC Partnership. 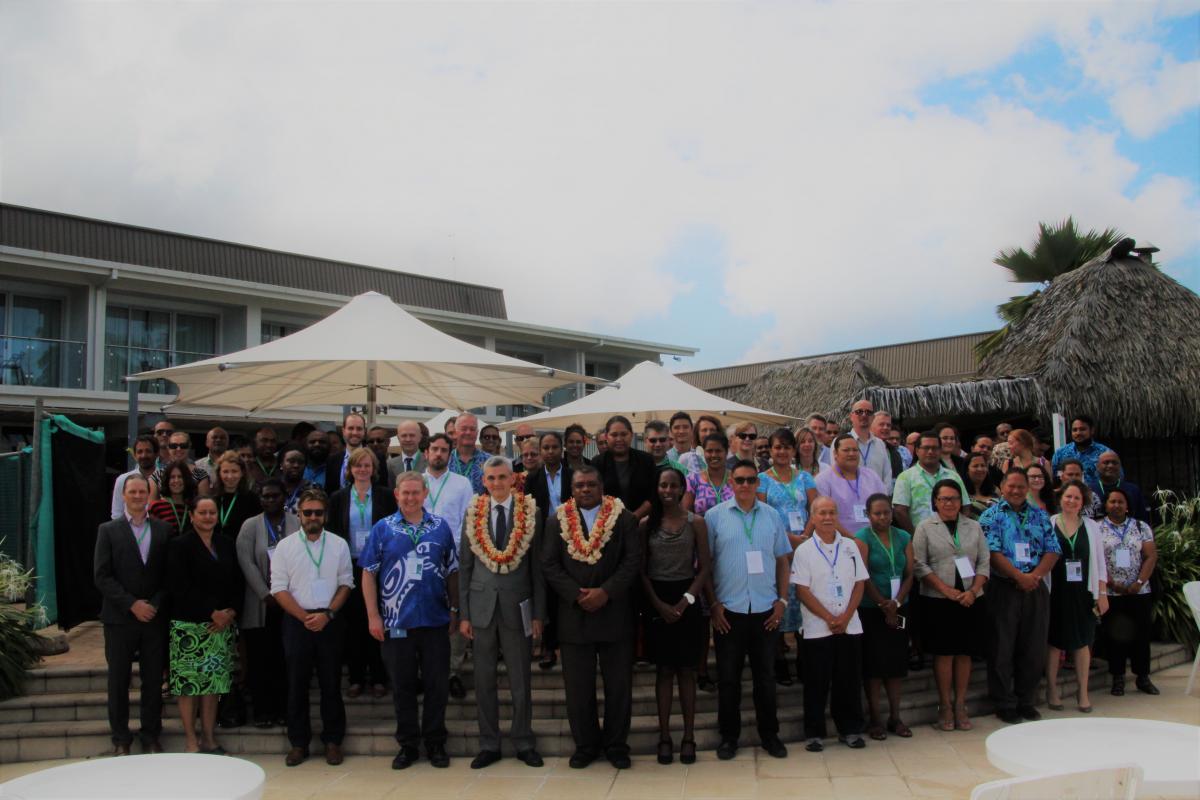 The Pacific’s leadership on climate change stood out in the following four ways:

Through their impressive efforts on climate change, Pacific island countries have led by example and raised the profile of the region on the global stage.  It is clear from their progress on NDC implementation that these countries have significant experiences to share with the world.  One forum through which countries from the Pacific and elsewhere can do so is the 2018 Talanoa Facilitative Dialogue.  A key achievement of COP-23, it will allow countries to showcase their progress on NDC implementation and identify opportunities to raise the ambition of future NDCs in the spirit of “talanoa” – a traditional Fijian word that represents an inclusive, participatory process to share experiences and build trust and empathy.

The Fiji dialogue – the third in the region – was organized by the UN Development Programme (UNDP) and the UNFCCC Secretariat as part of a global series of NDC Regional Dialogues.  Originally launched in 2014 in support of the Paris Agreement, this initiative has been convening representatives from countries, the private sector, and other institutions to further an exchange of experiences on NDC design and implementation.  The Fiji dialogue was co-organized with the German Agency for International Cooperation, the NDC Partnership, the Secretariat of the Pacific Regional Environment Programme, the Secretariat of the Pacific Community, and the Global Green Growth Institute, which are leading the design of the Regional Pacific NDC Hub.

Michael Comstock is a Climate Technical Specialist at UNDP.

UNDP and the UNFCCC Secretariat are grateful for the European Union and the Governments of Germany, Japan, and Norway for their support of the NDC Regional Dialogue initiative.